Academic Student Employees, Academic Researchers, Postdocs and Student Researchers closed out the first week of our historic unfair labor practice strike with even greater energy and turnout than on day 1! At UC Berkeley, over 4,000 workers rallied on campus and then marched together to UC President Michael Drake’s $6.5 million mansion. At UCLA, over 2,000 workers marched into Westwood village and took over Wilshire Blvd. Across the state, UC Academic Workers made it clear that we are united and will not back down until UC stops its unlawful behavior and negotiates fair contracts. Please watch and share the amazing video of today’s UCLA march below and read on for the latest in bargaining. 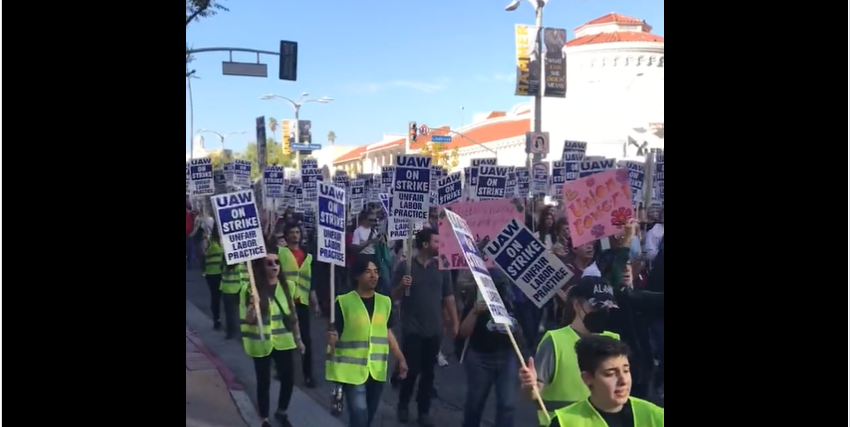 Following the rallies today, the tone in the room was decidedly different. For the first time, UC moved towards us on several key issues (like the immigration article for Postdocs and longer appointment length for ARs) and showed some urgency to get things done. Though they previously declined to schedule bargaining sessions for the weekend, after seeing our picket lines today they scheduled bargaining for Saturday.

Worker power is having an effect, but the fight is far from over. See you Monday on the picket line!