A full weekend of bargaining // Everybody out on Monday

Because of last week’s massive turnout, Academic Student Employees, Academic Researchers, Postdocs and Student Researchers all made real progress at the bargaining table. But the Bargaining Teams still remain apart from UC on a number of core issues including fair compensation, support for international scholars, job security and more. UCOP’s behavior continues to display a remarkable lack of leadership: delays at the table, internal conflict, and a total unwillingness to simply take responsibility for offering their workers decent living conditions.

As Academic Workers begin the second week of our historic unfair labor practice strike, we must increase the incredible unity and collective power that we showed last week. Make sure to join the picket line for one or even two shifts on Monday!

Additionally, today, UC requested an off-the-record conversation to ask questions about the concepts that we proposed this past week as part of our wage proposal. This was a productive conversation in which we reiterated our positions, and we hope that this results in UC responding with an actual proposal very soon. The key concepts in our wage proposal are:

Check out the awesome video below and we’ll see you on the picket line! 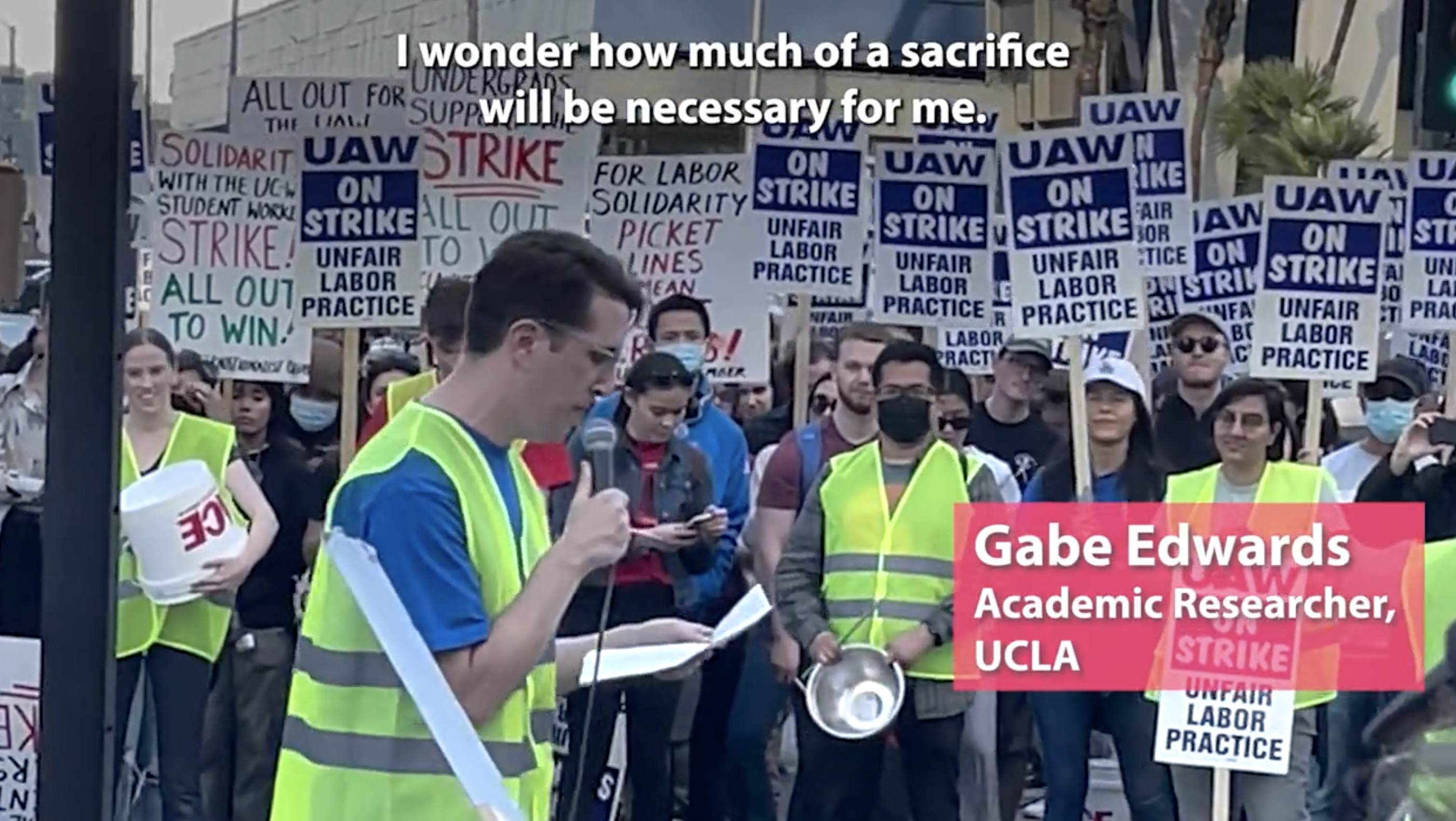 This is bigger than us. Bring on week II